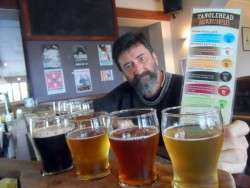 It had been a nice break in Denmark. When we got up the sun was shining but a peek out of the kitchen window told another tale. From that vantage point you could see the next cold front moving towards us. We hurried our preparations and scooted out of town just as the westerly picked up. That meant the hill that had been a bit of a struggle the day before simply flattened out in front of us as the hand of nature gave us a helping hand over the hump.

We turned off onto Lower Denmark Road at the 18km mark and popped in out the small roadhouse for a coffee and a chocolate before heading off down the road at a rapid rate, the stiff wind at our backs. About 30 minutes down the road the front caught up with us and doused us thoroughly. We took shelter under some trees but with no sign of it letting up we decided to get on our way. We’d booked ahead at the backpackers so we knew we could have a hot shower and get out of our wet gear when we arrived.

It was the first day we really felt like we were flying. Even with a few challenging hills in the 58km we still managed to average over 21kmph. Comparing that to the 9.5kmph coming into Walpole on a “downhill” day and we were starting to understand the value of getting the right winds. 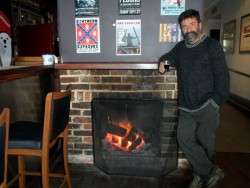 A haven from the wind and rain outside

The YHA in Albany is pretty well equipped although the kitchen is far too small for the number of guests and 7pm is pandemonium in that area. The facilities are clean though and the double rooms were excellent. A TV, Heater  and fridge have it more of a motel room than a backpackers. They also had an area under reception where we could lock up the bikes which made exploring the town a lot less stressful for us.

Our main reason for staying three nights in Albany was to find somewhere to watch the AFL grand final. We soon located the White Star which also contained the TangleHead Brewery. Awesome….$10 for a tasting platter of 4 beers of your choice and Hooray they were all great. My new favourite beer is the Southern White Ale, a fruity mix with just the right amount of wetness and body.  And they had a fireplace that made things just lovely when the winds and rains howled outside. Helen, behind the bar gave us some good local inside information on the best way out of town and assured us that the bar would be rocking come Saturday afternoon. Which it was. It’s a pity that Freeo didn’t win as the crowd cleared out pretty much straight after the game but it was a great atmosphere while the game lasted and at least they put up a fight. 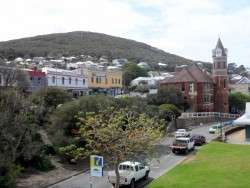 A view on the Albany Esplanade

We had a few beers watching the game but were conscious that we had almost 500 km to ride over the next week and for once were happy at the time difference between the Eastern States and WA. We made a last call into IGA and sorted our stuff for the morning.

Come Sunday morning the weather was hideous. We looked at each other and decided it just wasn’t worth it to do a 100km plus day and then bush camp in the wet to line up for another one the day after. We headed back to bed for another 2 hours sleep before reception opened. Unfortunately they were all full up and we would have to move anyway. What a quandary…go or try and find somewhere else to stay. We packed up everything and Tim headed down the street to ask if there was a room at the 1849 Backpackers and thankfully there was after noon. We headed to a local café to chill while we waited. The weather had cleared a little but it was forecast to deteriorate rapidly overnight.

Sure enough it was rocking and rolling all night long. Strong gusts shook the building and rain lashed the windows. Once again our decision to stay put had paid off. Fingers crossed it would clear the next day as predicted and we could finally begin the long haul into Esperance. 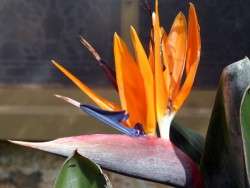 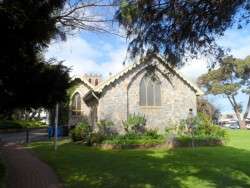 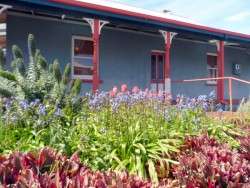 Some of the gorgeous gardens in downtown Albany 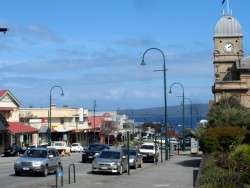 The main street in Albany