Catching the Tailwinds, Cycling from Walpole to Denmark

Meadery on the way to Denmark

After recuperating in Walpole we were ready to go. The skies looked threatening but the rain held off on out ride out of town. We stopped at the 24km mark to enjoy a coffee and sausage roll at the Bow Bridge roadhouse. Our timing was impeccable as the heavens opened up while we enjoyed our hot coffee under shelter.

By the time we’d finished our refreshments the sun had come out and we pedaled east in the warmth of brilliant sunshine with a slight tailwind. The green of the pastures was almost fluorescent and the cows were super fat. We popped into the Mead Factory around 20kms from Denmark and sampled their wares. Tim was so impressed by the Berry Mead he was prepared to carry a bottle the rest of the way into town. Once again our timing was impeccable as the heavens opened up once again while we were under cover. 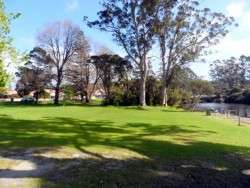 The last 20kms into town were rudely interrupted by one very large, steep hill that required a little walk, but other than that it was a great 68km ride at an average of just over 18kmph. What a difference the wind makes.

With no guarantees of decent weather and the closest caravan park a little way out of town, we tried our luck at the local YHA, the Blue Wren and managed to snag two dorm beds. With the skies clouding up and expected bad weather we grabbed a couple of pints at the local pub before grabbing some beers and wine and a chook from IGA and heading back to hunker down.

The hostel is a pretty companionable place. Most of the guests are walkers and cyclists completing either the Bibblumun or Munda Biddi trails. We even met Dan, the first guy so far that we’d met in person that has cycled the Nullabor. He was doing is somewhat lighter than us and on a road bike but he was also cycling against the prevailing winds so that made him a bit of a legend in our books. Overnight the hostel shook with gale force winds and a hail storm. We were so happy we’d made the decision not to camp. 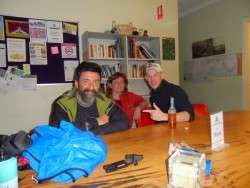 Tim and Dan in the Denmark Hostel 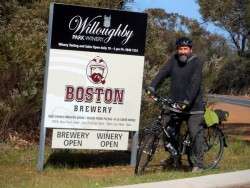 Entry to the Bootleg Brewery

Our second day in Denmark we made our way around town, snapping lots of pics in the sunshine. Later that afternoon we grabbed the bikes and cycled the 4km out to the Boston Brewery. That was an interesting experience as the bkes were totally unloaded and almost totally unridable. As we motored along the rough roads we could barely see as our eyeballs shook and our teeth clashed together. The Brewery itself is in a lovely setting and has a winery onsite as well. The sun was shining so we could sit outside in the garden. We grabbed a couple of tasting trays, overpriced in our opinion at $18 and spent a pleasant hour evaluating the 5 beers and on Ginger Beer. All up they weren’t that special. The Bootleg brewery in Margaret River had better beers but it still made for a good trip and we’ve heard they do good food.

Next stop Albany and the AFL Grand Final. 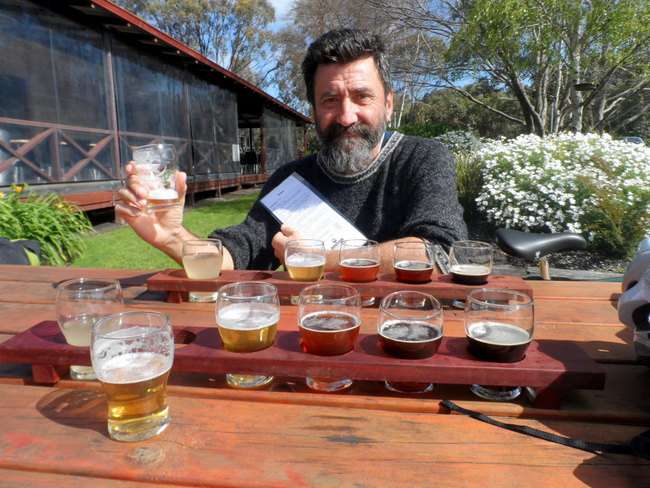 Tasting Palette at the Bootleg Brewery 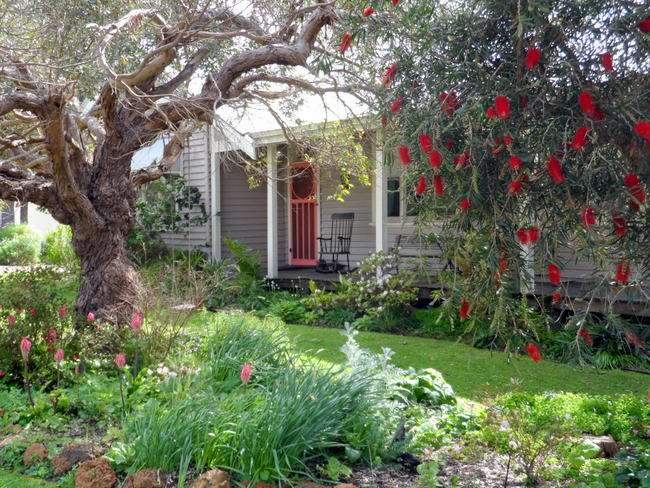