The overnight train from Sofia to Serbia’s capital Belgrade was old, crappy and smelly. No one seemed to have consulted the EU on this one! A Chinese guy approached us on the dimly lit platform with a worried look on his face. He couldn’t believe this graffiti-covered Soviet relic was really our train. He took one look at his cabin and bed sheets and came back down to us and wanted reassurance that bed bugs wouldn’t molest him overnight! We couldn’t promise anything I’m afraid, the train was no Orient Express, but far from the worst, we’d lived to tell about! 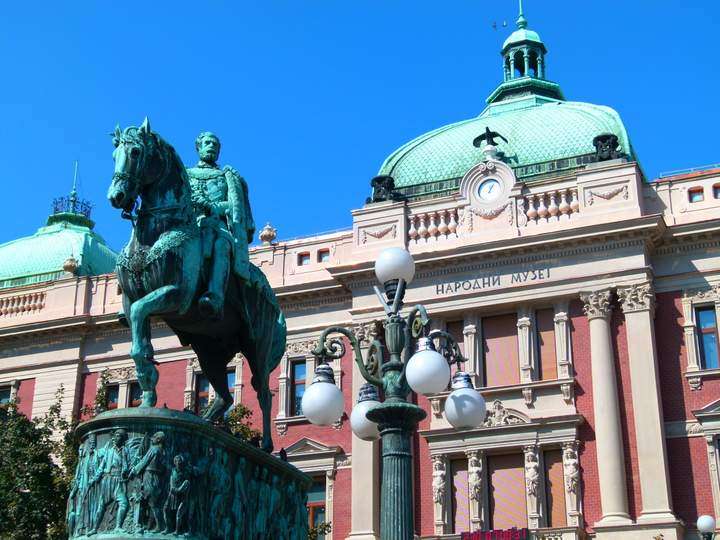 Statue of Prince Mihailova in Trg Republike Square with National Theatre in the background.

Of course, the border crossing wouldn’t be complete without one pain-in-the-arse Customs officer with a good sense of curiosity. He made us lift our 20 kg bag with our panniers and other gear down from the luggage rack for inspection. Not that any of them ever give more than a passing glance. Getting it back up is obviously a whole lot harder!

Our old clunker of a train rattled into Belgrade at daybreak. We had booked another Airbnb apartment about 2kms from the city centre. It was way too early to go to it though, and we settled for pushing our fully loaded bikes up a very steep hill leading away from the train station.

Note: If you’re heading to Europe and haven’t yet got an Airbnb account then DO IT! Signing up is completely free and if you use THIS LINK, we’ll give you $25 (or more) off your first booking. Honestly, the value we found right throughout the Balkans and the rest of the places we travelled on this trip was incredible. Way cheaper than hotels and more secure than hostels or campgrounds. 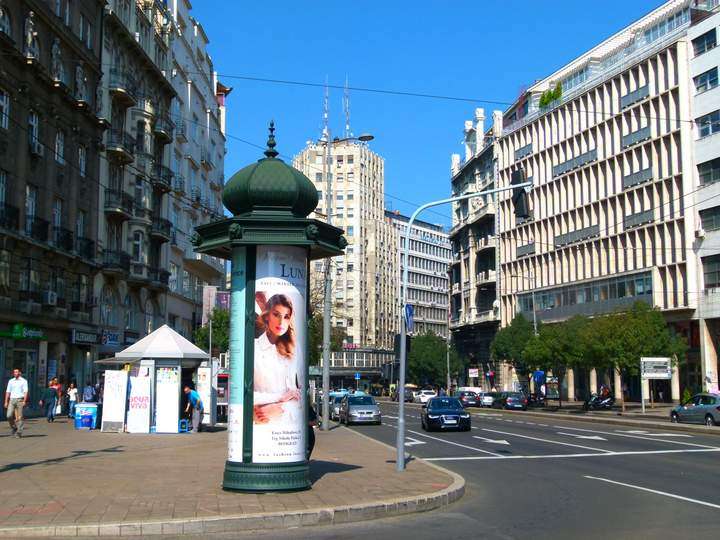 Downtown Belgrade before the rush hour.

Belgrade was barely just stirring, and nothing was open. We pushed further up the hill, stopping to stare in wonder at the bizarre sight of the twin Ministry of Defence buildings in all they ruined glory. NATO had bombed them during the recent war, and Serbian officials had decided to leave them “as is” as a constant reminder of what they did.

We pushed on again, making our way through the scaffolding supporting the crumbling superstructure until we spied an open cafe with a terrace in a side street. The waitress looked somewhat surprised by us parking and immobilising our bikes. We ordered two coffees, and Sharyn tried to make contact with the Airbnb owner to see if we could turn up earlier. Fortunately, they were awake and OK with us arriving early. We finished our drinks and began making our way through the side streets avoiding the quickly building traffic and trying to stay on footpaths as much as possible.

Once again the apartment was excellent. It had obviously belonged to a well-read older person and with an affinity for the arts. A common theme throughout our Airbnb experience in Europe is the welcome presence of original art on the walls. It always gives a real insight into who used to live there, their family history and cultural clues as to life here, now, and in the past. So many of our apartments have been full of personal effects that are like windows shedding light on who used to live there. It’s very humbling, and sometimes you can’t help but feel a little bit invasive, but we would prefer to do it this way than stay in a generic hotel or hostel room any day. You feel a real connection with the place, the neighbourhood and the locals you get to see every day. 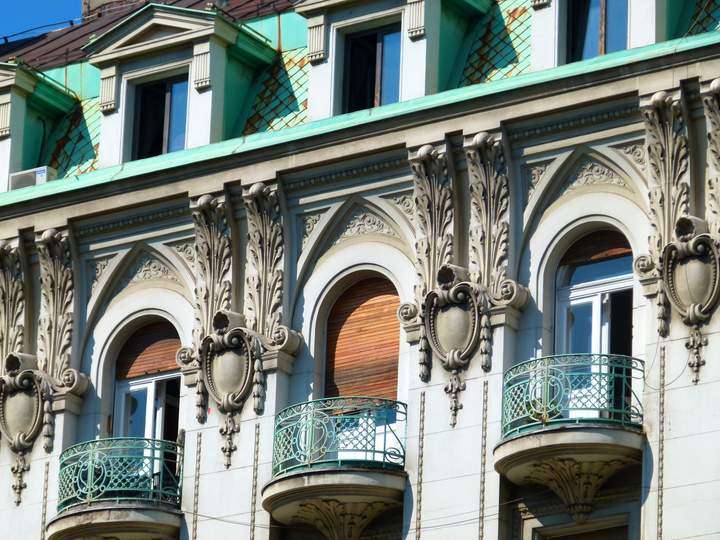 Some pretty ornate architecture on many facades around the city.

We had sat down to try and work out what to do with our remaining time. Although we’d bought ourselves a week with buses and trains in Bulgaria, we still never had enough time to see the Balkans before flying out of Budapest in late November. We also knew we’d never cycle this mountainous region without departing with a lot of our gear.

My mate Simon came to the rescue. He had just been in Belgrade for the annual Beerfest (his second) and had some friends who lived there. He contacted his friend Dusan who agreed to mind some of our gear for us until we returned in seven weeks time. It was “no questions asked” with Dusan, he turned up with this car removed BOTH baby seats (I was getting a little bit embarrassed by now!) and threw all of our camping and cooking gear in, as well as anything that wasn’t absolutely essential.

Cutting our weight down would prove the smartest thing we’ve done so far! We decided to put the box and the remainder of our gear (mainly clothes, bathroom and medical kit) on the train once more and head to Montenegro. Once sorted, our hands were finally free to explore this new city. 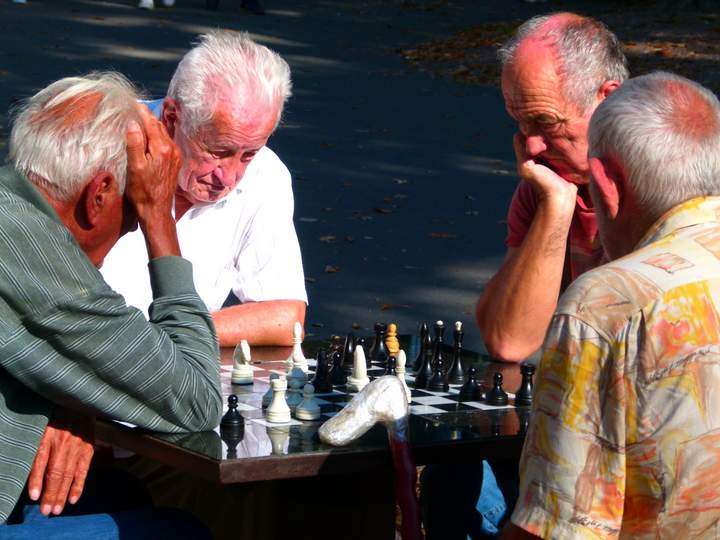 The warm weather brings the fine folk of Belgrade out into the sunshine.

The weather couldn’t have been any better. People were still in shorts, and the sun seemed to have decided to hang around much longer than usual. The city centre with its blackened but amazing facades was pumping with people either shopping, eating or just filling up the outside terraces. There are so many cafés, restaurants and cool little pubs in this place, even out where we were staying.

There’s a definite vibe to this place that you can feel, especially after the sun sinks. Locals fill the cafés and pubs after the tourists have gone home. Thick cigarette smoke fills every space, so much more than other places we’ve visited recently – all with No Smoking laws. In fact, in Belgrade that have large red stickers on the front doors that reassure passers-by that smoking IS allowed here! For us, it was a matter of “get used to it, because it’s not going away!” It does lend to the character though as some of those small, below-street-level bars are like walking into a movie set, with everyone engaged in animated conversations, a phone in one hand and a drink in the other while they look for another smoke to light up. 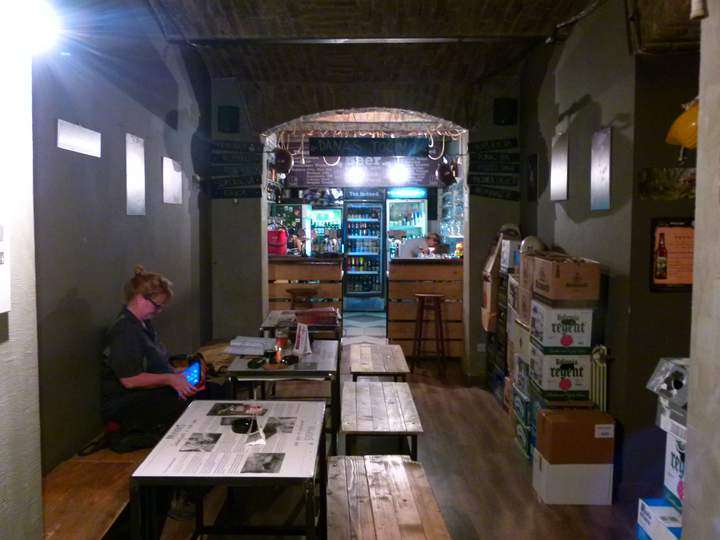 Sharyn was enjoying a refreshing Serbian craft beer in the basement bar of the Miner’s Pub.

Our two great finds in the first few days were the Miner’s Pub and Samo Pivo, both wholly devoted, craft beer pubs. Both sports dozens of craft beers from around Serbia, Europe and the world. Samo Pivo has more on tap (around 20), but the Miner’s Pub boasts a pretty wide selection as well.

Craft beer taps at Samo Pivo, a great place to enjoy a beer!

Another quirky place to visit is the World Travellers Club (Also known as The Federal Association Of Globe Trotters). With a name like that, how could we not! Hidden in the basement of an old apartment building, this bar is a converted apartment, which was once the once a meeting place for opponents of Slobodan Milosevic’s regime. It’s now decorated with an eclectic mix of antiques, tropical plants, and bric-a-brac and attracts a bohemian mix of clientele. Choose from a cold beer or a number of different flavoured Rakia, (Serbia’s favourite rocket fuel) before heading back out into the cool night air. 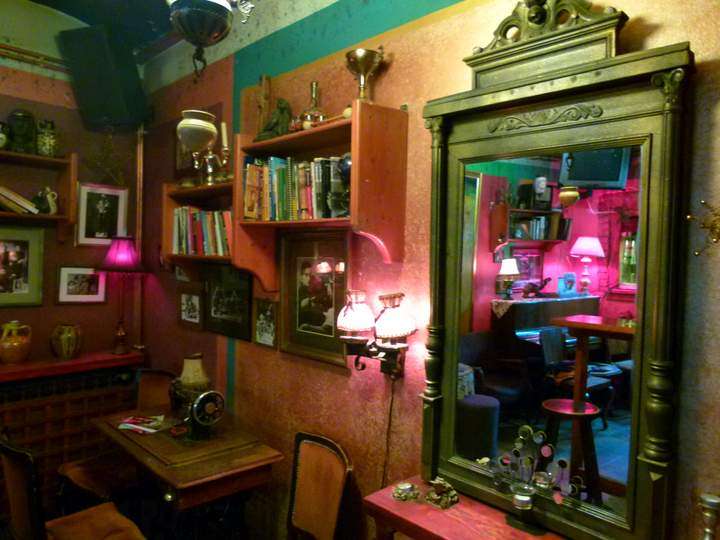 Of course, we walked and walked until we knew the city centre backwards. We visited the Belgrade fortress, high on the hill where you can see the confluence of the Danube and Sava rivers (the reason why Belgrade was so strategic through history.) It’s a great place to elude the maddening crowds of the city just below. 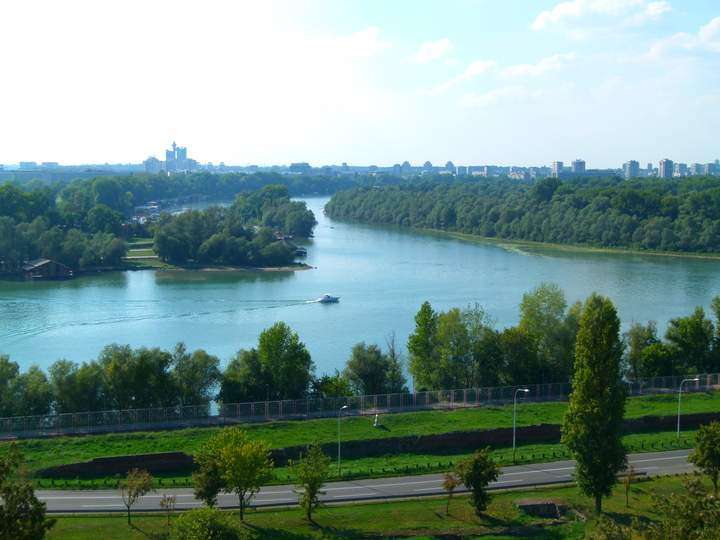 View from the castle of the convergence of the Danube and the Sava rivers in Belgarde.

One recent development which affected Belgrade, and became our first real experience of it, was the refugee crisis. We had watched the news for weeks now, both genuinely concerned for these people and their plight, but also wondering how it might affect our movement through the Balkans and impact our plans. We honestly weren’t worried safety-wise. These people were displaced families risking all for another chance at life; we were pretty sure they had no interest in bothering us. It made us stop and remember how lucky we were to be doing what we were amongst all that was happening around us.

Police had directed refugees away from the train station and into one of the large parks up on the hill. Nights were cold now, and they would need to huddle together for warmth. There were no tents in sight, and we all knew that the rain wasn’t far away. There were only maybe a hundred in the park that morning. The main body of the refugees had sought easier borders to cross on their way to Germany – their destination of choice and the wealthiest country in Europe. But the situation meant uncertainty for us as countries above us began closing borders. We would need to follow proceedings very carefully if we didn’t want to get stranded ourselves. 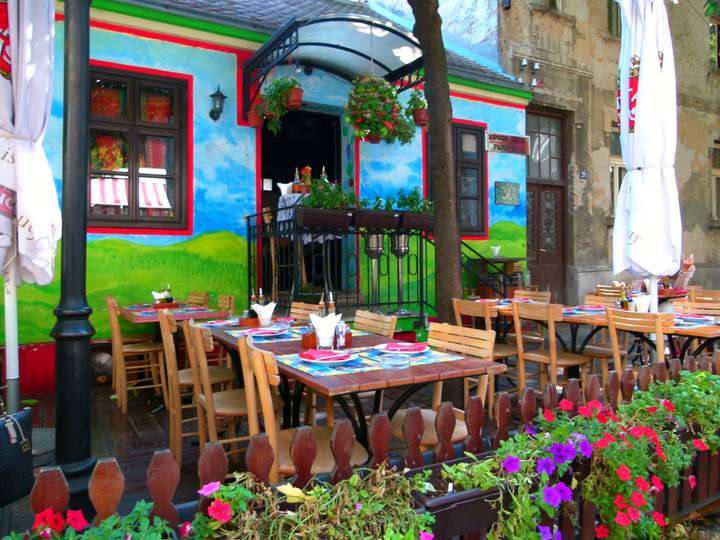 Lots of quirky cafes and restaurants throughout Belgrade

For now, though, we were heading in the other direction. Bar, in Montenegro, was just below the Dalmatian Coast in Croatia and untroubled by refugees. It was also, reportedly, the place with the most ‘sunny’ days per year along the Adriatic Sea. With temperatures still in the high 20s, we were looking forward to it and something completely different from what we’ve seen so far.

Savo Pivo – Ulica Balkanska br. 13 Belgrade, Serbia. It’s a little hard to find. The entry is off the street and you have to either walk downstairs or upstairs, depending on whether you’re coming from Ulica Terazije or Ulica Balkanska and then find the entry to the left/right.

Note: This post is now available as a GPS Guided Travel App. Get the most out of your visit to Belgrade and DOWNLOAD it for free HERE.